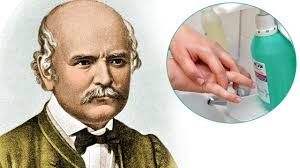 As much as rateddoctor.com empowers doctors, we  honour great doctors.

Dr. Ignaz Semmelweis was born today the 1st  of July in 1818. Hailed as the “saviour of mothers” dr. semmelweiss was an early pioneer of antiseptic procedures. Mothers after giving birth were dying from infection simply because the doctors attending to them weren’t washing their hands! before examining. He discovered that the incidence of “puerperal fever” could be drastically reduced by doctors simply washing their hands with chlorinated lime solution before they attended to pregnant mothers.

He was ridiculed and mocked by the medical fraternity at that time who didn’t believe him. Tragically he suffered a nervous breakdown trying to prove his practise of washing hands and was admitted to a mental asylum. He died there after being beaten by guards.