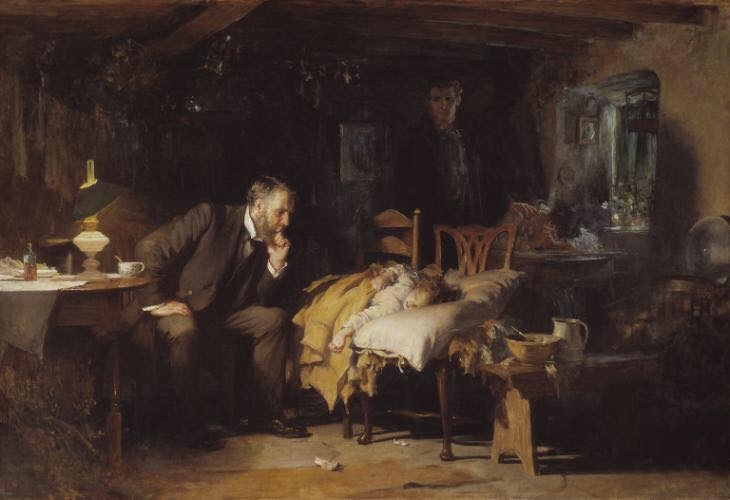 Future role of doctors in an increasingly disrupted healthcare system

As a doctor, I always wondered what the future held for doctors, given the advances in technology. The more i dwelled on this topic, I realised healthcare is being disrupted just like any other industry in the history of mankind, which I think is just part of evolution.

Medicine has evolved from an art to a science.

Thousands of years ago, practitioners of medicine believed diseases were an imbalance in the “Humors” blood, phlegm, yellow bile and black bile of the body. Then we moved on to “Miasma theory” which believed in diseases were a manifestation of “miasma” or bad air in the environment. Doctors had to use their “intuition” to come to a possible diagnosis.

It was until Antonie van Leeuwenwhoek a dutch microbiologist in the 1670s, using a rudimentary microscope discovered microbes or germs which he called “animalcules” (tiny animals).

Finally now we know that infectious diseases are caused by “germs” or bacteria.

Once we had established the causal mechanism of a disease, in the case of an infection which we now know is caused by germs, medicine now has evolved as a science rather than an art. So in this example infections has moved from intuitive medicine to evidence based or rules based medicine. The next  big shift in this paradigm is to what is called “Precision medicine”.

“Disruption” has become the most abused buzz word in the tech world today.

Everyone wants to disrupt literally everything around them! But most of these innovations are efficiency innovations rather than truly disruptive innovations.

So what's a disruptive innovation?

And in healthcare models underpinned by medical insurance (U.S) or funded by the state (U.K, Canada, etc) doctors are disrupted by low cost care givers like Nurse practitioners, Physician associates to keep the cost of providing healthcare down.

In the future, doctors would find themselves operating in the box of “intuitive medicine” which is getting more and more complex as more patients are living longer with complex co-morbidities. An example would be a patient with high blood pressure, uncontrolled diabetes, who had a heart valve replacement, on remission from cancer, with wet macular degeneration who recently had a hip replacement who is getting progressively demented.

And as doctors use more of their intuition operating in the box of “intuitive medicine” makes doctors vulnerable to litigation for possible medical errors or negligence.

I would value your thoughts and insights.

Inventor of “Theory of Disruption”

Thanks to IBM for accepting me into their global entrepreneur program.

Free membership and no joining fee!

Dr. anand mani
Ophthalmologist
Dr. Anand Mani is the Co-founder & CEO of RatedDoctor.com Dr. Anand Mani began his career at the Stanley Medical College in Madras, India. Following his graduation in 1994, he furthered his medical training in general ophthalmology and received hi
About the Doctor Request Appointment
Related Articles